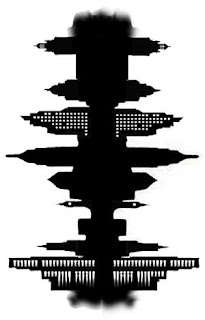 Packrat. Hoarder. You caught “the ‘bug.” People who accumulate things are sometime called different names – some good, other derogatory. I prefer to be called a collector. Why do collectors collect? I wrote my thoughts about collecting last year on this blog. Others have their own opinion or theories about the psychology of collecting. Professor of Psychology Mark B. McKinley explored the Psychology of collecting and agrees that everybody collects something. “Whether it be photographs of a person’s vacation, ticket stubs from ballgames, souvenirs of trips, pictures of one’s children, athletes’ trophies, kids’ report cards or those who collect “junk” (pack-rats) and dispose of it in garage sales, ” he wrote. McKinley discusses four themes:

1) The evolution of collecting – from childhood hobbies to serious collectors.

2) The motivations to collect – from investments, enjoyment, social aspect, preservation, Quest (the thrill of the hunt) and displaying / classifying.

3) Collecting vs. hoarding – from Sigmund Freud’s thoughts to compulsive buying.

4) Hoarding as pathology – from those crazy old ladies you hear about on the news with hundreds of cats to people who can throw NOTHING away. Check out this video news report about collecting and a woman who wants to be burred with her collections.

The author also writes about something which, I believe, is more akin to souvenir building collectors.
“During the 1700s and 1800s there were aristocratic collectors, the landed gentry, who roamed the world in search of fossils, shells, zoological specimens, works of art and books. The collected artifacts were then kept in special rooms (“cabinets of curiosities”) for safekeeping and private viewing. A “cabinet” was, in part, a symbolic display of the collector’s power and wealth. It was these collectors who established the first museums in Europe, and to a lesser extent in America” Author Judith Katz-Schwartz also wrote about collectors of four flavors: The Clinical / Pathological Collector, the Nut-case Collector, the Victim Collector and the Accidental Collector. The Chicago Sun-Times Newspaper also published a story about why people collect things. The author wrote: ‘Whether it be squirreling away pennies in a jar, cherishing photographs from special vacations or going all out with antiques, stamps and coins, sooner or later, experts say, nearly everyone collects something. According to a 1980 study, one in three adults collects something, said Fred Bryant, a professor of psychology at Loyola University Chicago. Bryant specializes in personality and social psychology." That's a lot of people, and the figures are probably higher now because we're seeing a surge in collecting thanks to the popularity of 'Antiques Road Show,' internet auction sites and eBay," he said. According to Bryant, there is no limit to what human beings might find worthy of collecting. "Hair or teeth of famous historical figures, bottle caps, beer cans, paper clips -- anything you can think of," he said. But what is it about collecting that motivates people? "For some people, collecting is a hobby that can bring a lot of joy," said Dr. Sheldon S. Greenberg, a Chicago-based psychiatrist who specializes in general psychiatry. "Collecting can be a way of achieving personal identity and a nurturing hobby to make one feel good, safe and loved. Collecting can provide a method of predictability and bring a sense of security to one's life," Greenberg said. "When people collect they have a sense of belonging to something, days look brighter and they feel more important." On the other hand, Greenberg says, for some who feel anxious, collecting can sometimes give people a false sense of security. "It's an illusion because the things they collect obviously only have limited psychological value. It's only symbolic," he said. Bryant says studies indicate the top motive for collecting is a "feeling of success, competence and mastery; that one is effective in world accomplishment and control. Today, the world may seem out of control and people feel helpless. But when they hold [collectibles] in the palm of their hands, they can feel the fruit of their labor." Both experts say collecting can foster healthy socialization. "People form clubs, gather to talk about their collections and point out this or that about something they've collected. It's a good way to start a conversation," Greenberg said. It's also can make good economic sense. "It's a way of investing," Greenberg said. "Many collectibles increase in value over time." I know a lot of souvenir building collectors know that by now. What are your reasons and motivations for collecting? Let us know via email or with the comments link below.
Posted by Dave at 8:00 AM