Here is the last set of stadium souvenir building photos and information. I'm very sure there are even more not included in these three posts. If you have any stadium replicas not shown, send me a photo and some information about them and I can add to this post. 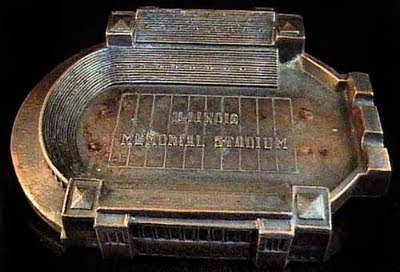 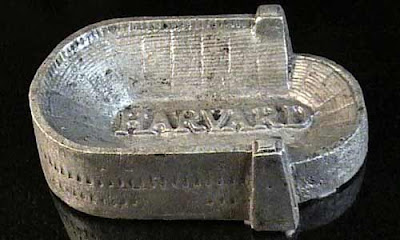 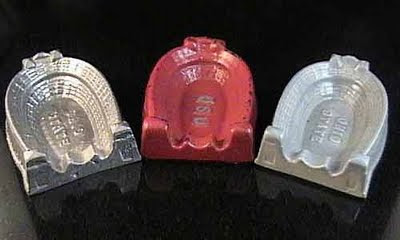 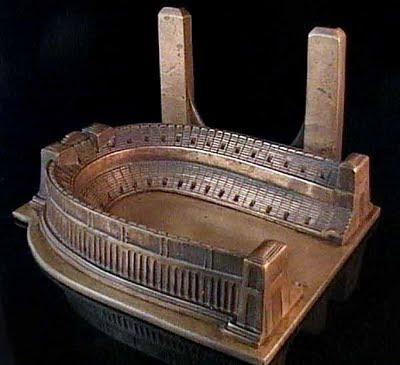 Ohio Stadium, home of Ohio State Buckeyes
Solid cast bronze
8" x 6" x 2" tall & weighs 7 pounds 10 ounces.
Made as a bookend perhaps for VIP's at the opening of the stadium
Very rare
One end (not the set) sold recently on eBay for $482.00 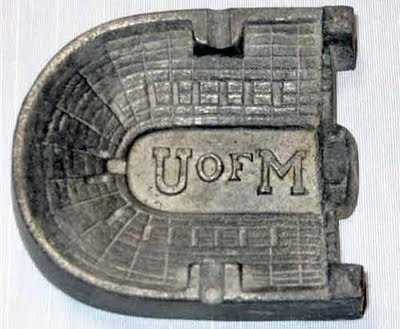 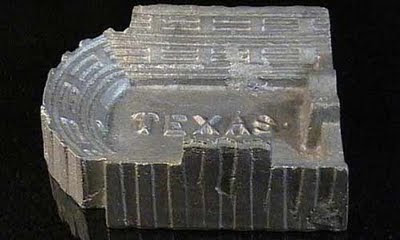 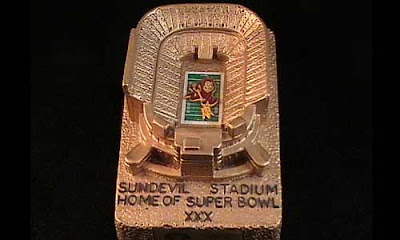 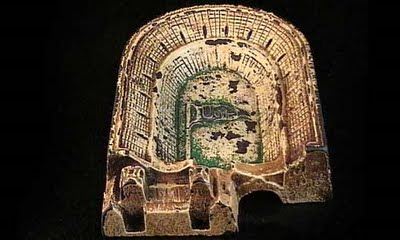 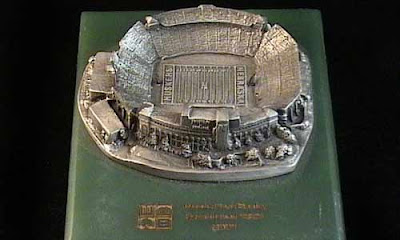 University of Nebraska Stadium, 2001
Pewter on a green plastic base.
4.5” x 4” x 1” tall
Add piece for woods brothers realty
Made by Awards Unlimited 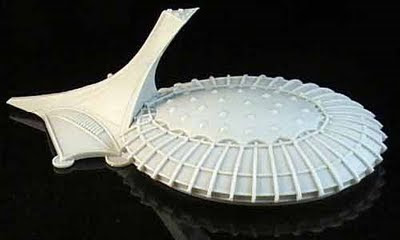 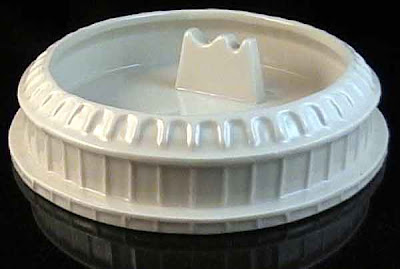 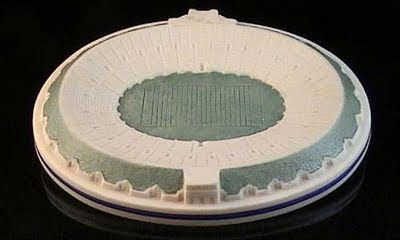 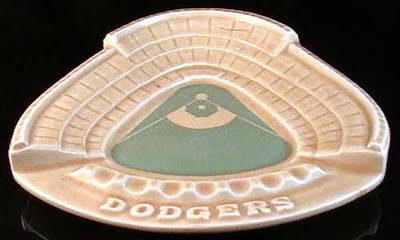 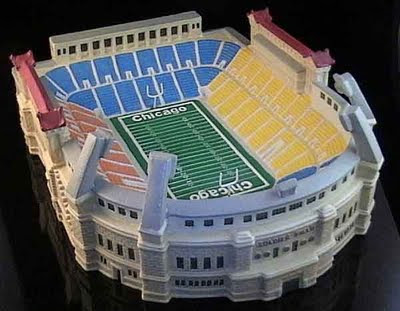 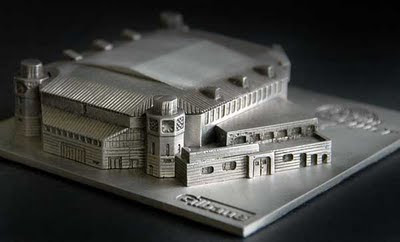 The Ryan Center - The University of Rhode Island
Made of solid pewter
Printed on the base are: "Ryan Center" and "Gilbane" (the construction company)
1.5 inchs tall and 4.75 inches square base

The Colosseum in Rome
Various sizes and materials
Posted by Dave at 6:00 AM

I believe I may have an Ohio State Horseshoe Stadium ashtray made out of lead. Appears it may have remnants of some type of gold/brass finish. It has the R.C. Schneider Co. mark on the bottom and Ohio State (raised) on the inner field. Though it sounds to be the 1950 cast aluminum replica, it seems to be of a softer material than that. Any information you could share?
J.C.

I have the earliest version of Ohio stadium. Mine is cast iron, but has no remnants of any paint and a "Z" mark on the underside.

Where can I find one?