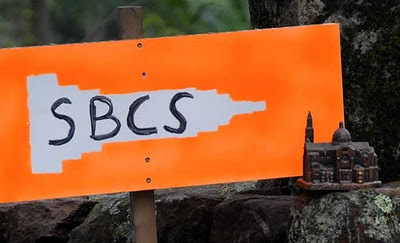 Organizers of the "Metro New York Convention," this year's Souvenir Building Collector's convention, outdid themselves. I had hoped to publish updates throughout the weekend, but activities from morning till midnight prevented me a pause to post. We began Friday with tours of Philip Johnson's Glass House. The 2-hour long tours gave us insight into the man, his creations and collections (art). SBCS President Darron and husband, Martin, hosted a reception at their home where attendees swarmed both the large collection of miniature buildings and the home-made buffet dinner. Ed R. also brought some of his favorite buildings and displayed them in dramatic style in the garage. Early Saturday morning began with the famous and fast-paced SBCS swap meet. Convention goers then took 50-minute train ride into Manhattan visit Ronnette R’s collection in her office atop the Empire State Building. Views from the 74th floor made most of the real building of Manhattan appear like miniature themselves. While in the city, we also toured the Bank of America Tower at One Bryant Park, which is the world's most environmentally responsible high-rise office building, and Grand Central Terminal. Howie, our talented tour guide, kept everyone together with his colorful stick raised high in the air - not unlike Liberty's torch. We returned to the hotel for drinks, dinner, a lively auction and the raffle of souvenir buildings. On Sunday morning, some worm-catching early birds stormed the Elephant Trunk Flea Market in search of souvenir buildings. Others, enjoyed a gourmet breakfast at Howie G.'s place while drinking in his delicious home decorated with his impressive collection. Hand-made arrows lead the way as the tour continued north to see building collector Pam's amazing mid-century home and miniature building display. It was another feast for the eyes, with spectacular art and furniture, and a feast of food featuring amazing sandwiches and salads. Convention-goer Joe K. stopped at the Elephant's trunk Flea Market and found an unusual silver-plated metal Equator Monument. Nice find, Joe! It was then a mad dash in all directions as conventioneers caught planes, trains and cars home. Tarun uploaded his photos to Flickr for everyone to see. 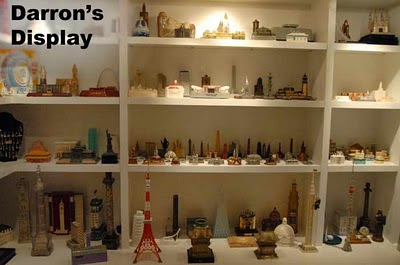 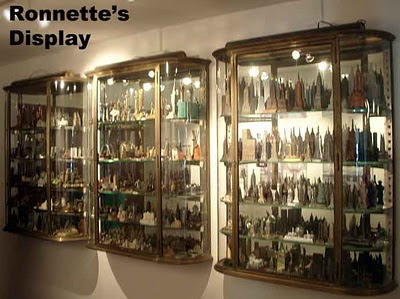 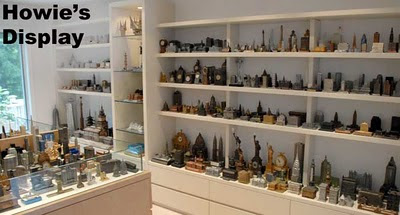 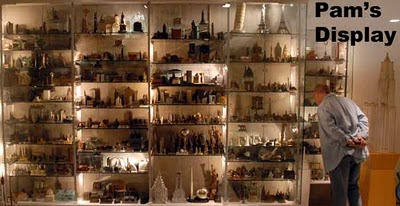 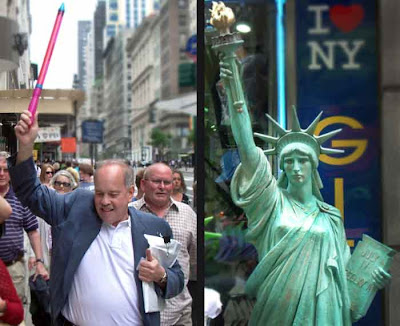 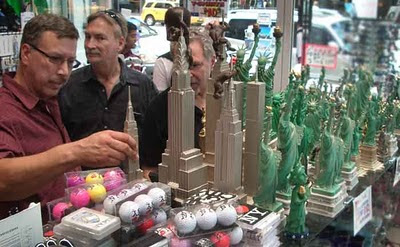 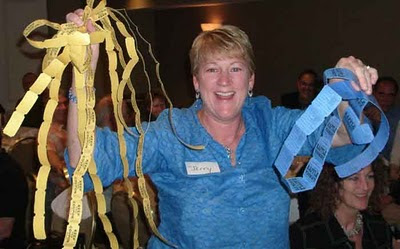 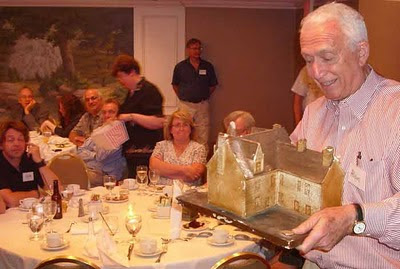 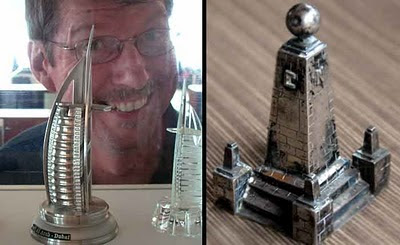 FAREWELL STAMFORD, HELLO D.C.
The torched was pass near the end of the weekend-long event. Howie passed his brightly-colored plastic tour-leader's baton to Harry M., who will lead the team organizing next year's convention planned for the Washington, D.C. area. See you all in D.C. in 2011! In the coming weeks, I hope to feature some of the collections we visited including many photographs of unusual souvenir buildings. 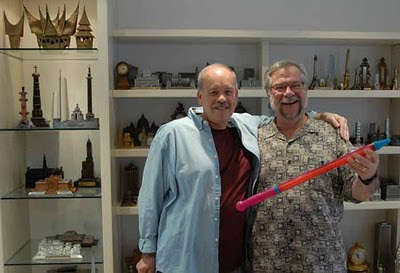 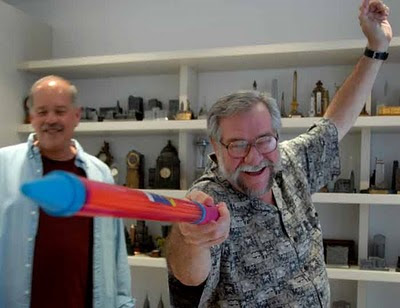 Hello. I am interested in the bear of Madrid, symbol (site http://buildingsfortrade.blogspot.com/2009/08/madrid-bear-and-tree.html#comments) and would very like to acquire this statue, where I can buy? My email is produtos.russia@hotmail.com