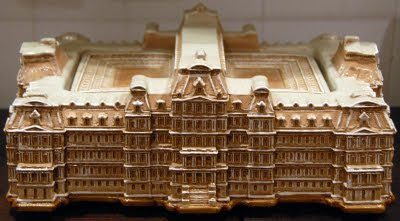 This large ceramic replica of the Old Executive Office Building measures 14 inches by 8 inches. The center portion of the roof comes off to enable it to be a cookie jar or box. Little is known about this unusual souvenir building and why it was made. The official name is The Eisenhower Executive Office Building and it’s located next to the West Wing, and houses a majority of offices for White House staff. Originally built for the State, War and Navy Departments between 1871 and 1888, the EEOB is an impressive building that commands a unique position in both our national history and architectural heritage. Designed by Supervising Architect of the Treasury Alfred Mullett, the granite, slate and cast iron exterior makes the EEOB one of America's best examples of the French Second Empire style of architecture. It took 17 years for Mullett's masterpiece to finally be completed. Even thought it’s only five stories tall, the total Building Area is 662,598 GSF or 11 1/2 football fields and has 553 rooms. 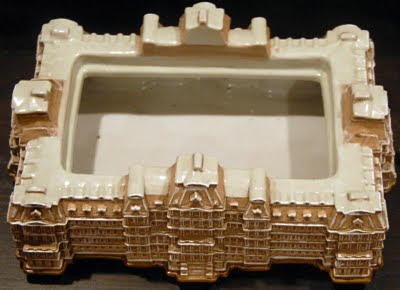