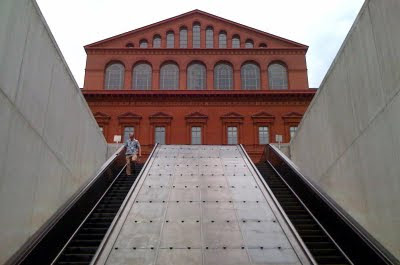 By all accounts, the SBCS 2011 convention in Washington, D.C. was a rousing success. Despite the typically hot D.C. weather, no one complained about the walking, long days and very busy schedule we planned for the annual collector’s convergence. We had nearly 70 people signed up for the convention. Joe K. wrote, “All I can say is, wow! What a great convention. My thanks to all who made it happen. Everything seemed to work so well and what a wonderful, jam-packed, fun and interesting weekend it was. I had a blast. Thanks.” Officially beginning early Friday morning with a tour of the White House, we then stopped by a souvenir store, other sites nearby before lunch at Union Station. The group then moved on to the U.S. Capitol and Library of Congress before gathering at the reception at my condo’s party room. 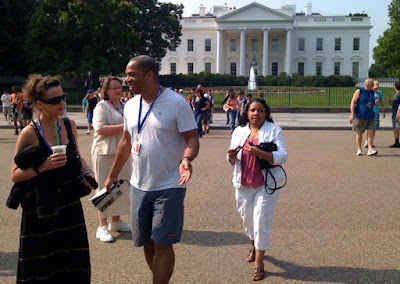 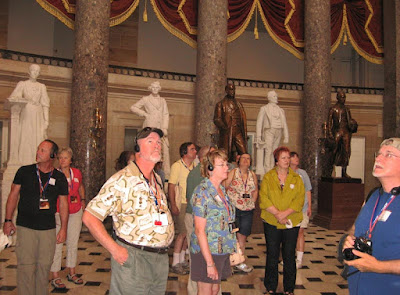 Those attending feasted on a wood-smoked dinner from local favorite restaurant Rocklands Barbeque and Grilling while gazing at a panoramic view from the rooftop. Glenn displayed a sampling from his collection in the party room and visitors could also see my collection as well as a sampling of Scott’s collection. 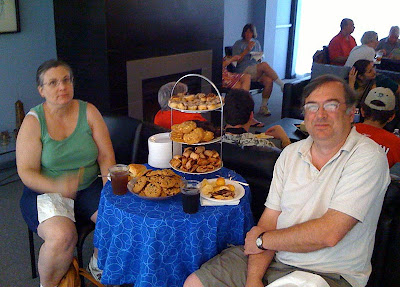 Saturday began early with the business meeting during which Mark announced he will host next year’s convention in Toronto. 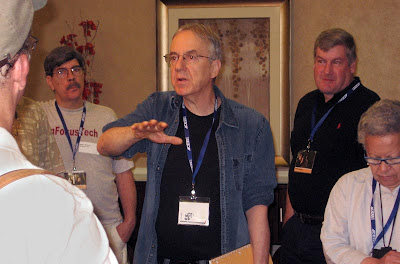 The sale and swap then opened to the usual flurry of building buying. We had about 10 different people selling and swapping souvenirs. I’m sure everyone left with new additions to their collections and many people left with bags full. 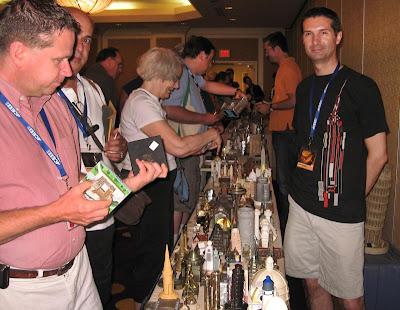 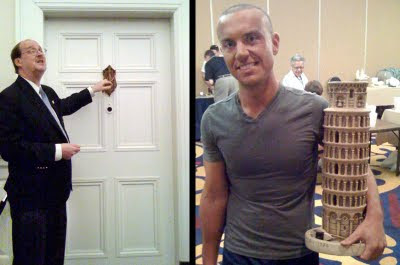 After a quick lunch, we were back on the Metro for a tour of the George Washington Masonic Memorial to understand its history, architecture and observation tower. 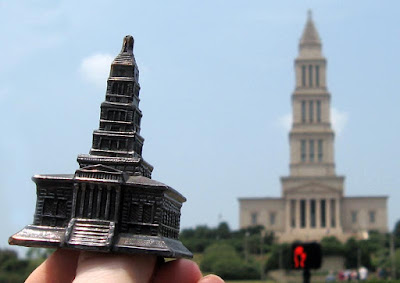 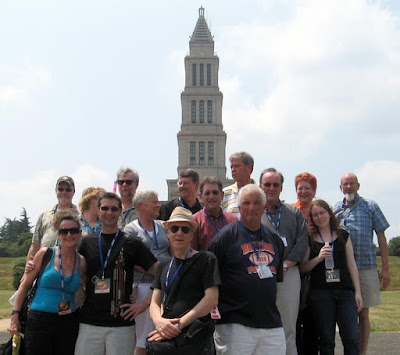 Then to the National Building Museum to see the exhibit with some SBCS-member loaded souvenir buildings and an architecture tour. 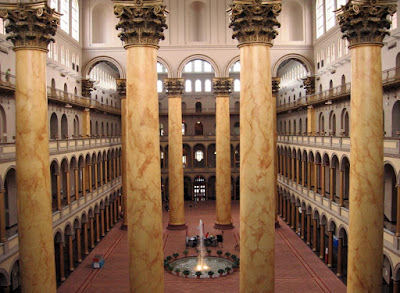 Back at the hotel, we dinned, auctioned buildings and conducted the raffle. 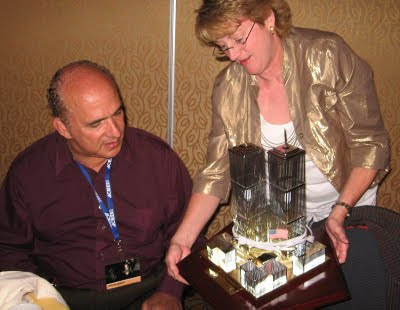 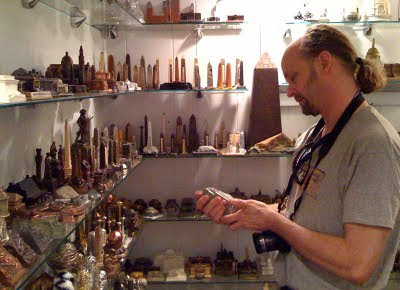 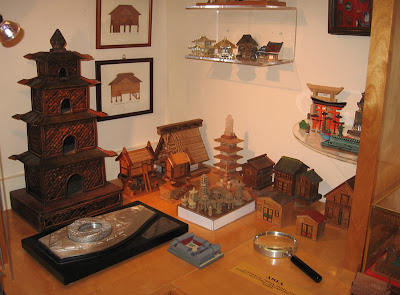 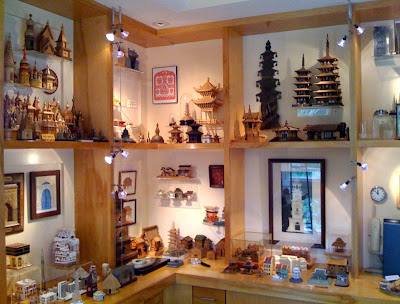 I was happy to see collector’s sporting clothing with architectural designs. Special thanks to Glenn who designed unique (and collectable) convention name tags this year. Thanks to Joe who took some of the photos featured here. For even more great photos, check out Tarun's photos on Flickr. Your convention organizers, Harry, Julia and David, thank everyone who attended and made the events fun, fruitful and educational. Hope to see you in Toronto in 2012! 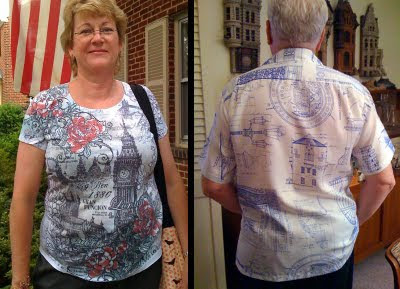