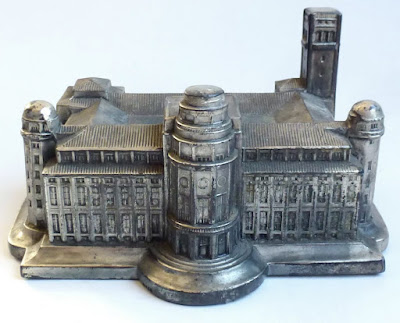 This unusual building was recently sold on eBay from Germany, but missing any information or knowledge about which building it represented. With the help of friends in Germany, I can confidently identify it as the German Museum in Munich. The older metal souvenir building measures 5.5 x 4.25 x 3 inches tall. 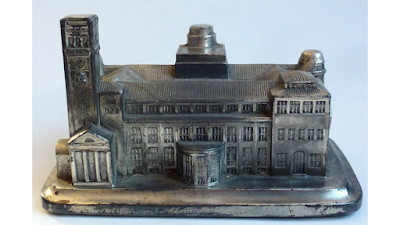 The real Deutsches Museum (German Museum, officially Deutsches Museum von Meisterwerken der Naturwissenschaft und Technik (or in English: German Museum of Masterpieces of Science and Technology) is located in Munich, Germany. The idea of the museum was founded on 28 June 1903, at a meeting of the Association of German Engineers (VDI) as an initiative of Oskar von Miller. Gabriel von Seidl from Munich produced the winning design, but he died in 1913 and did not live to see the opening. The First World War and the inflation that followed caused delays, and during this time the project as a whole was at risk. However, thanks to his good contacts in the construction industry, von Miller managed to continue the construction of Seidl's design with some minor amendments. Instead of the 2 towers originally planned by Seidl as shown here, only one was built: the rear one on the west side, which was also a slightly different shape. The museum finally opened its doors in 1925. 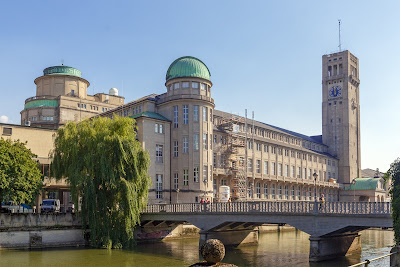