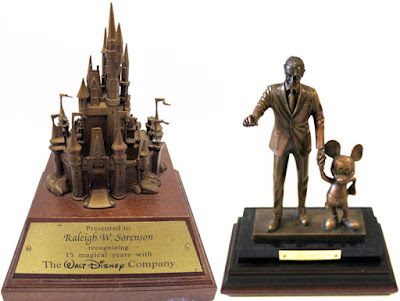 It might be hard to believe, but over the years, Disney theme parks have produced a number of souvenirs for visitors to take home. And some of those were souvenir buildings. One of the best, in my opinion, is the large metal 3D replica of the Cinderella Castle, which were produced and awarded to Disney Cast Members (employees) for a certain length of service.

I’ve seen at least 3 different versions of the Cinderella Castle awards with flat backs.  Bases are sometimes different and one castle seems to be from Disneyland in California and the other from Disney World in Florida. 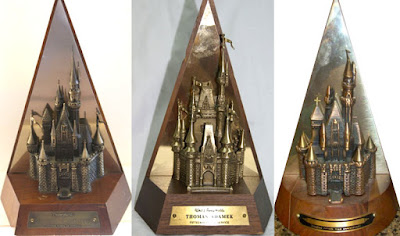 There is also a metal set of salt and pepper shakers of the Cinderella Castle.

A nicely made pewter replica of Spaceship Earth Geosphere at Disney’s Epcot Center sports a Mickey Mouse figure atop and a metal replica of the MGM studios water tower which features mouse ears. 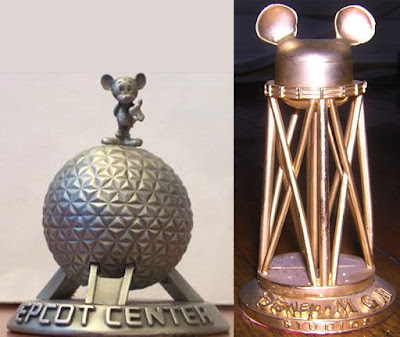 Another larger Spaceship with the Monorail is a child’s play set. 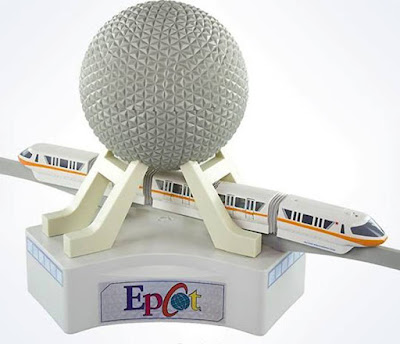 Two ceramic coin banks – one is a replica of the Hotel Disneyland and the other is the Emporium on Main Street USA. 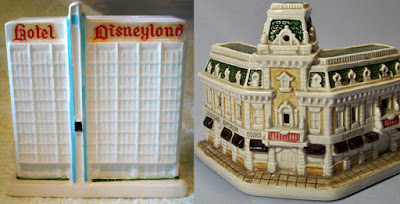 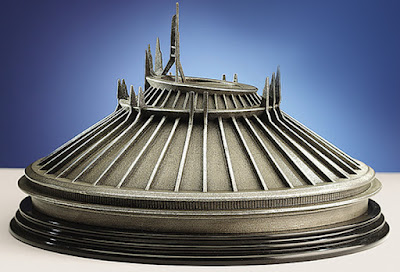 Two different replicas, one resin and one pewter, of a temple ride from the Indiana Jones movie at Disneyland. 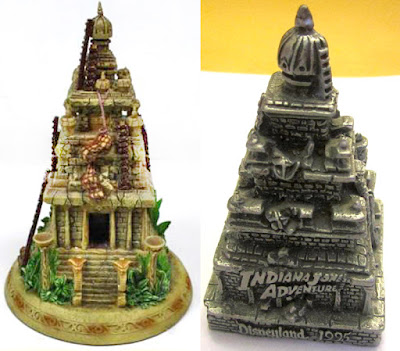 This last one is a building at a Disney theme park, but is related: The Walt Disney Concert Hall designed by architect Frank Gehry in downtown Los Angeles, Califorina. 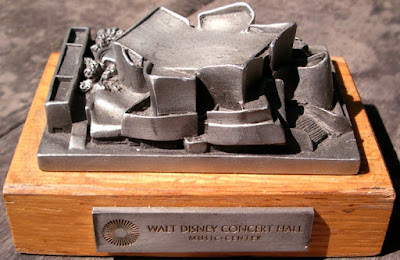 Can you think of other Walt Disney related souvenir buildings?  I collect 3D metal souvenir building replica of architecture from around the world. If you have any to sell or trade, contact me via my email address in the “complete profile” link at the top right of this blog.